If there is, I hope our old GMC winch truck that we used in British Columbia in the 1960’s has found its way there and is quietly idling away in some shed. And I hope that someone has had time to slap on a new coat of vile turquoise paint on the cab and red lead on the boom and  bumpers.

I was moved to this sentiment by seeing some of the older commercial vehicles at Whiteman Park. I can’t say whether preservation or restoration of a large truck is harder or more costly than that of a fancy sports car or veteran sedan…but I suspect that finding the basic vehicle to start on might be harder. There would have been fewer medium and large trucks in a community than the smaller utes and cars, and the trucks would have had a harder working life of it.

As well, a lot of these might have been modified time and time again as successive owners acquired them and put them to different tasks. And a lot of chassis were supplied bare – to be outfitted by the owner for whatever purpose. I think the licensing of these sorts of things was laxer in the old days, particularly in the bush areas.

Still, there are dedicated enthusiasts and men who have direct knowledge of farming, timber work, cartage, and mining who remember their old workhorses fondly and who bring some of them back from disuse – and drive them to motor meets. I guess the expense of doing so, and the hard work driving these heavy vehicles, is paid back in the special status they enjoy.

So enough writing. Here’s the pics. If any of the old-truck chaps would like to invite me along as a passenger on their next pleasure outing, I will at least be able to take the heavy camera gear… 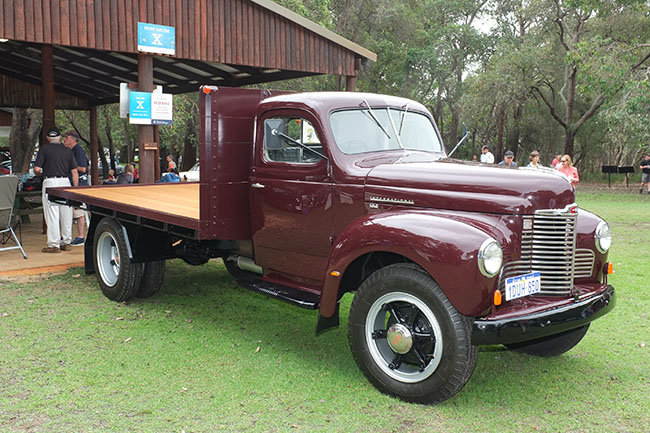 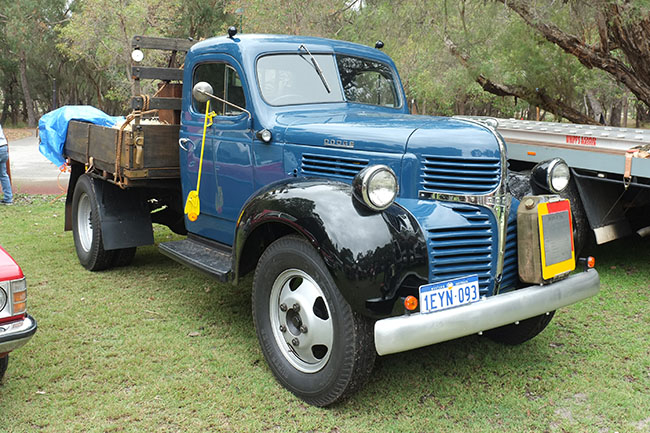