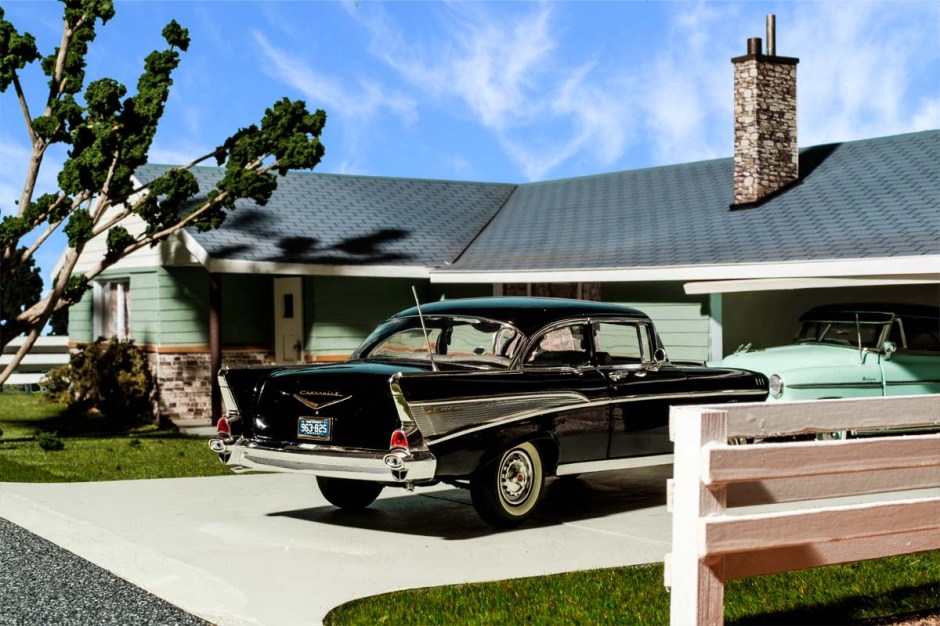 This good question was supplied by a friend over dinner. The venue was a retro pub that had been burned out and restored to the appearance of a burned-out pub. I found myself getting nostalgic for it and hoped that it would re-ignite.

As a child, we rarely have a sense of former times – all things happen in the present. Indeed, we are sometimes so impatient for new things to happen that we discard the present almost as soon as it arrives. Either way – nostalgia or impatience, we cannot really be said to dwell in much contentment.

Well, if we are lucky, time marches on for us. We get to the point where we have something to remember and the interval gives it a sort of hazy mental glow. It becomes better than it was – even if it was actually awful at the time. We edit our thoughts so that there is a good side to the former situation and then we home in on that. It is the kindliest self-deception we can practise.

Of course it also goes the other way – We’ve all seen that Monty Python sketch of the old clubmen bemoaning the modern times and trying to compete with how bleak their childhoods were. The idea was pinched from an Israeli book published a few years earlier than the sketch, mind, but it was still funny. And you can find this sort of thing done for real in any pub front bar. The older we get the tougher we had it.

I wonder if anyone ever really assesses their past and comes out with a neutral view of it? A view that would pass the scrutiny of a common magistrate’s court. It might be the one thing that could give them happiness now – and blessed relief for their listeners.

Ah, but there can at least be some winners – the companies that reproduce vintage items – from clothing to radios to camera outfits. Of course you have to grant them some chance to incorporate modern improvements for safety, convenience, and a higher profit margin – and there will be an inevitable bias in the advertising that accompanies it.

The people who remember the real times may wince a bit when they see the copy version. But some small scrap of the past will have been carried on. 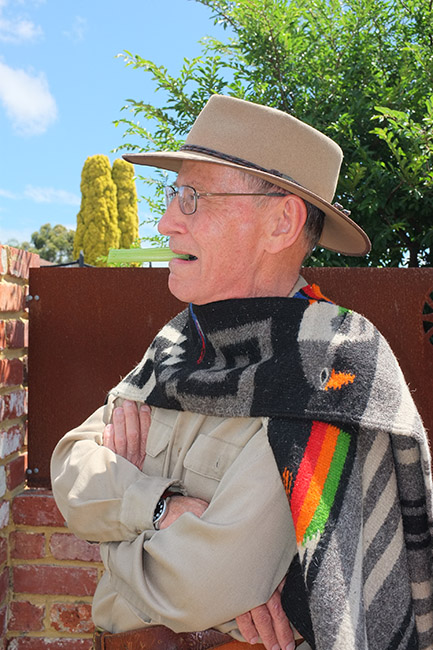 I have all the qualifications. A closet and a wardrobe full of old clothes.

The closet contains Secrets that would horrify Victoria. Like underwear that started off white but has become very colourful over time. And garments that have lost their elasticity faster than I lost mine. Pairs of socks that would get you arrested in rural Mississippi. Tee shirts that are holier than thou…

The wardrobe has row upon row of fashion statements – statements such as ” No.”, “NO!!”, and “Get that thing away from me.”. There are garments still in use that were purchased so long ago that the factories where they were made have been pulled down. In some cases the cities where they were made have been left in ruins and in one case the entire country disappeared. Looking at the clothing makes me think it had something to do with the disaster.

We’ve all looked at fashion purchases that we’ve made and thought; ” What was I thinking?” in my case I just add a little punctuation and it comes out better; ” What? Was I Thinking?”. Every sight of these garments is a painful one – I see myself in the store and I see me inspecting myself in the shop mirror. Then I see me handing over money to the shop assistant and them doubling up over the counter laughing. Shop assistants in clothing stores have a peculiarly penetrating laugh.

And then I see myself cleaning, ironing, and storing this stuff for the last 40 years. And here is still is. Unworn, unwrinkled, and unwearable, and I just can’t bring myself to sacrifice all that horrible investment by throwing it out.

I know I have tried. God knows I have tried. I have put it in green garbage bags and lugged it to the Salvation Army and Goodwill bins after dark and shoved it in. And you kVictoria’s Secret, underwear, socksnow what happens?

A Salvation Army lassie turns up at my door and shoves it all back in. I am lucky if she doesn’t hit upside the head with her tambourine as she leaves.

My daughter Victoria called me to the television to show me a replay of a television show in which a young British man of Chinese heritage travelled to mainland China to search for his roots. It is a continuing series and in this one he was put to a severe mental test.

The young chap is a fashion designer and is funny and articulate – in this episode he visited a reproduction of an English town set up in China as a film and wedding venue – a vast and perfectly formed set for the visiting Chinese tourists to experience the UK. I have been in England and the thing was eerily authentic – exterior and interior – like a vast Disney World but with close attention to detail and the sort of money and space spent on it to give it the correct proportion. The fashion designer chap was spooked and showed it – he freely admitted to not knowing what to think at all. He IS English, and IS Chinese, but the combo was nearly impossible to reconcile.

I’ve seen lots of theme towns, parks, and areas – from Barkerville in the Cariboo ( Real ) to Pioneer World in Armadale ( Fake ) to Sovereign Hill in Ballarat ( Fake but who cares…). I was shown the street that leads to Disneyland but not allowed to go down it. That is a separate story…I don’t mind these things, as long as they are approximately right in approximately the right place. When they are perfect in form and in absolutely the wrong place it is another matter.

I am starting to feel the same way about the current run of 50’s and 60’s nostalgia and retro recreation. All the way from “Happy Days” forward I have been uneasy about how other people think that they can approximate how someone else remembers the era. In so may ways they are charming and so many ways they are wrong. Of course there shortcuts, coded messages, and themes in every theatrical performance that we accept – I watch the episodes of Agatha Christie’s M. Poirot with pleasure even though some part of me knows that the 1920-30’s were not all that way – I accept the screen story. But when I see some of the pinup and retro representations…

Start off – where are the kids clothes? We all had ’em – it was rare to be sent to school in Calgary in 1953 stark naked. You might be that way in the bath at home, but generally you were covered in the street. In the winter you were COVERED. The winter garments of the era had bulk, and needed it.

Where are the conservative suits? And sports jackets? And slacks? Not every man went about in a rockabilly outfit, even on stage. My dad wore khakis for most of his working life during some time each week. And where are the hats? Not just pork pies and trilbys – real hats. Here in Australia we can still get Akubra Squatter and Drover hats  that approximate the proper style, but you have to remember to wear them all the time.

I applaud the wearing of Pendleton jackets and Eisenhower jackets – they are authentic.

Now as far as the ladies – the sun suits, dresses, pedal pushers, frocks, and hats are all very well…but when they are combined with a big red, green, and blue sleeve tattoo you are straying a long way from the era. Never mind what the weird magazines might suggest – women were not visibly tattooed unless they were in the circus. Not saying you can’t be, but it isn’t retro, it’s now.

I won’t criticise the hot rods or customs – they can be every bit as authentic now as they were then. There were as many odd combinations of engine then as now, and apart from the low-profile tyre and wheel look of some modern rods, they are pretty good. Rare to see the right white-walls, but when you do you know it is a good touch.

Hairdo’s? Men can be rockers if they want to, but most men were not. There were a lot of military haircuts around and we all used Brylcream. No-one had hair that stuck up in spikes, unless they were in the process of being electrocuted.

Feet? DB’s perhaps or US Keds. No sand shoes unless you were some sort of preppy from the east. Or a British PT instructor. Penny loafers, brown or back lace-up oxfords. No-one apart from a Mexican zoot-suiter would have worn co-respondent shoes and we didn’t get Mexicans that far north. Kids did wear moccasins after Davy Crockett came in but men didn’t. Lots of men wore boots.

If you feel you must let yourself go, splurge on string ties. They were vile, colourful, touristy, and omnipresent. Also bow ties, and you could use a clip-on without shame.

If all else fails, get a brown suit and an overcoat. True 50’s.