My back, on the other hand, is a bitch this morning. Never pick up artillery shells without bending your knees.

Or, in my case, a cardboard box, a magazine, or a handful of feathers. It could have been any one of these that did the harm…or reaching up for a box of cornflakes on a high shelf. When it comes to backs, nothing is safe.

There are remedies, of course. Braces, Voltaren, hammering carpet tacks down the spine. All equally good. You can often alleviate the symptoms by dousing the affected part with rye whiskey from the inside. The back thing prevents you from changing the oil on your Volvo tractor, gardening, or sitting in hard church pews for 4 hours straight. But then normal good sense does this as well, and you aren’t curled up like a caterpillar for a week.

It is a passing complaint, and I’ll let it pass without afflicting it on too many others. The level of sympathy generally hovers between minuscule and zero and sometimes dips into the negative zone if the family think they can laugh at me unpunished. I don’t get upset at this – I just write it all down on my Revenge List and wait until they bend over and pick up a heavy laundry basket and let out that little yelp…

Generally you do these things in the dark with a few flickering lights. And a pulsating musical beat in the background. If you’re lucky you get to have a few drinks first, though you don’t want too many because that would affect your judgement and dull your senses. If you are going to wear your ” special ” suspender belt, you want to feel everything.

Of course there are people who tell you that this is all wrong. That you are doing something immoral. But they would tell you that if you weren’t wearing your ” special ” belt, so you might as well get used to it. Some people take entirely too much interest in the affairs of others.

Not me. I do not judge. I can see the sort of pleasure that this behaviour brings you, and as long as no-one is permanently injured I say go to it.

After all – where would the motion picture industry be if we did not all go to our local cinema and suspend our disbelief…?

Care for some popcorn?

They often say that practice makes perfect. I think rather that it makes for inchoate fury – if you are not careful. I propose to calm the situation and make it worse.

The term “practiced upon ” is one from the 19th century – used to describe someone who was being imposed upon – or worse – who was being mocked by a group of people for their amusement. It appears in the literature of O Henry, Mark Twain, and countless others. The stories feature some tenderfoot to the west or unfortunate country fellow brought into the salons of the East  who sis et upon as a figure of fun and told any number of tales. Initiation rites are imposed and the basic humour is always the native savaging the newcomer.

In some tales revenge is extracted and the tables turned. In others the whole thing is just a sneer in print. It can also include the humiliation of foreigners in Britain or France on a cultural basis. Most of the impositions of Italy or Middle Europe are financial fleecings. Hence the title of this piece – the business of selling antiquities to a New World rube on the basis of history and unfamiliarity therewith.

Consider: how many times have you been imposed on with drop bears and yowies and sniggering references to Australian things? And how many times have you done it to overseas visitors? And who has gotten all the amusement out of it? Is there any less pleasant feeling than realising that you have stumbled into a nest of native wits and are being practiced upon?

What do you do?

Good manners suggest that you do nothing except excuse yourself at the earliest opportunity and leave. Kindly religious feelings abjure you to forget and forgive. But you always feel that you have been got at. The Guild has a far better suggestion when you detect a sell going on; participate fully.

Most native wits do not know when to stop. If you give them the slightest encouragement they will enlarge upon their jokes until they go from puerile to puffy. They cannot stop themselves from extravagance and bluff – eventually they will arrive at the point where even they feel that it has gone too far.

You must compel them to go further – getting wilder and more obvious until someone in their own group is compelled to prick the bubble. Even then, rise to defend the prime jokester and keep asking pointed and intelligent questions – compelling them to eventually start to sweat and look for an escape.

Then, grasp them firmly in the iron embrace of friendship and steer them round to everyone in the room in turn, telling them to repeat the joke for the benefit of the newcomers. You will be hated as you have never been before, but will never, ever be preyed upon again.

It’s a small price to pay.

Everyone has their heroes – football players or actors or politicians. I’m no different – in fact I’ve even got a little list of people outside my family who I admire and seek to emulate:

The last one may not be as readily recognisable  – but if you remember the Canadian television series ” The Red Green Show ” you’ll get him in a flash. It is as Red that I take to him – because I have seen any number of people very much like him. Including myself in my better moments.

One of those moments happened this weekend when the faucet in the bathroom broke off. it is some 35 years old and has evidently been corroding away for the past couple of decades. Someone leaned on it and away it went. This is not a new thing – the same breakage occurred in the front bathroom and we discovered that the particular plumbing fitments put in when the house was built are not made anymore. So the whole basin had to be replaced. I was not pleased with the thought of a $ 400 plumbing bill for the back one – particularly as we are going to remodel the bathroom in about three years. Talk about money down the drain…

All you need is time and coffee – eventually you have a Red Green moment. Off to Bunnings for some PVC pipe fittings and then a half hour sawing and gluing. A spray of undercoat and then a lacquer finish from paint that was at hand. a mix of epoxy and three S/S screws…and after a day it was ready to go. Cost? $ 15. 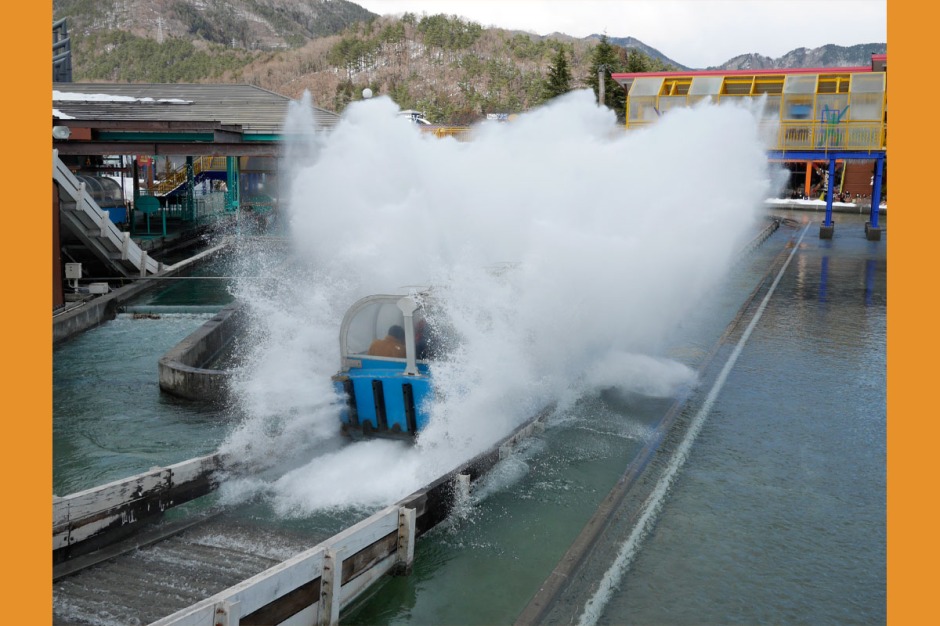 My contemplation of the Facebook Follies a couple of months ago was somewhat of a chore – but it had  some good effects.

Oh. I was not less annoyed at some of the postings, but I reined in any comment, and gained some degree of self-satisfaction at that. And there were valuable insights:

a. Those with most to post, had least to say. They dipped out of a dry well, but that didn’t stop them rattling the bucket.

b. There are, indeed, Fellow Travellers still out there.

One might have expected them to vanish with the 1990’s but I think they just went into a grumbling hibernation. With the rise of a moneyed and bellicose Russia they reappeared, blinking in the sunlight. They are probably a little dismayed that the old red flag days were not revived, but they can still travel to Cuba, Vietnam, and presumably North Korea to get some of the thrill of the past. I’ve watched a couple do two-thirds of the trifecta and expect that they’ll be booking for Pyongyang eventually.

c. There are would-be Fellow Travellers who lack the fire, fare, and foresight to ever succeed.

At least they could take some comfort in the thought that they serve as Useful Idiots…if they understand what that means.

d. You can, indeed, be a ne’er do well these days and gain an audience on the internet. Where once you would have been spurned or clapped up in a workhouse or gaol, you can now draw sympathy and a pension on the strength of it all. It is ever the fault of others… and they must be made to pay.

e. And on the bright side, there are genuinely cheerful and amusing people on the social media. They leaven otherwise lumpen fare.

If you look, Heaven shows you a new story every day. But sometimes doesn’t let you see the beginning or the ending…

Today I pulled out onto my normal neighbourhood highway – Leach Highway. A small Subaru sedan passed on the inside lane, driving perfectly well. It was fitted with a single cross-roof luggage bar. Like the cops use when they put lights or sirens up there.

But the Subaru was fitted with life-size artificial animals on that  bar. Riding proudly in the wind, facing forwards. A large white chicken, a larger black rooster, two fat budgerigars, and a black-and-white rabbit. All made, presumably, of plastic. No other sign or symbol on the car save the normal number plate…

Or Saturday, when I travelled up the Mitchell Freeway and was passed by a motor cycle with a small black and white pug dog riding on the pillion seat, leaning into the wind and weaving from side to side with the rider as he went in and out of the cars. He looked to be in no distress whatsoever.

There’s two stories I would love to find out about, but will never know. 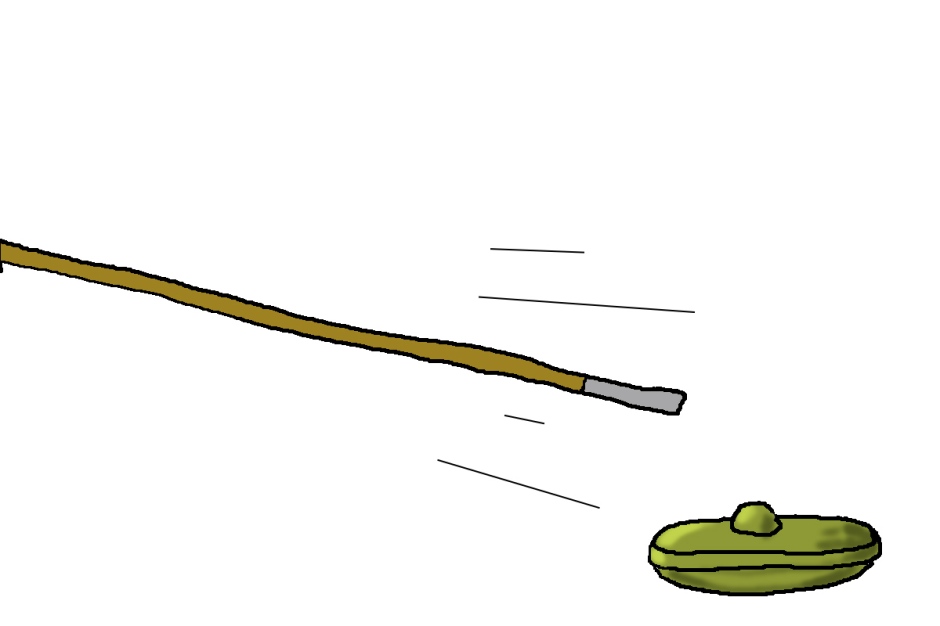 Also known as ignoring the warning bells and the voices in your head.

We have all done it at some stage of our lives, but I address myself to those who have not quite reached that stage. Unlike Wells Fargo, this stage doesn’t have a guard with a shotgun on the front seat.

We will all encounter situations where there is a little internal voice – or a faint hint – that tells us to back away. To avoid engaging. To be quiet and do it quickly. If we are intelligent, we listen to those voices. There may also be tiny silver bells, or submarine diving klaxons. In any case they invite us to heed and hold off. And how often have we ignored them…and ploughed ahead to disaster.

I can think of a dozen times when discretion would have been the better part of valour and disinterest the better part of friendship. Yet I only acceded to the call of wisdom in half of the cases – and got 6 bruises for the other half. I’ve lost money, friends, reputation, goods, and self-esteem by barging wildly into situations that needed me to be somewhere else.

This was bad news for me over the years, but fortunately each mental scar has the decency to throb in wet weather and remind me of itself – and I have gotten old enough to take lessons from my own past. I may not remember dates of battles won, but I do remember defeats. Each one has helped me far more than the victories.

I recently had an opportunity to step into the breach and ” do the right thing ” and cover myself with self-love…and I looked at the ceiling and walked on by. I also deliberately avoided doing bad things to good people and/or becoming a living saint. And I think I shall be much happier in all cases for it. I know how quickly good works can turn into bad times.

Here All Week
Create a free website or blog at WordPress.com.