The Toyota Crown 2600 featured in today’s column is familiar to all Australians.

This car, in this colour…or the white version…was the pace car for the Easter Parade on Australia’s two-lane country highways between 1971 and 1974. It was attached to a Coromal caravan just slightly smaller than the loading gauge of the highway and driven at 10-20 Kph under the legal limit wherever it went.

The longest tail-back ever recorded during an Easter Weekend was outside Managatang and stretched from Victoria to the Western Australian border – it was behind a beige Toyota Crown and caravan. To be fair, there was a boat on the top of the caravan and the driver’s wife had to stop every 3 Kms to be ill on the side of the road. Four babies were born in the tail-back before police were able to get to the front of the line and pull the driver – Kevin – over. Kevin is retired. 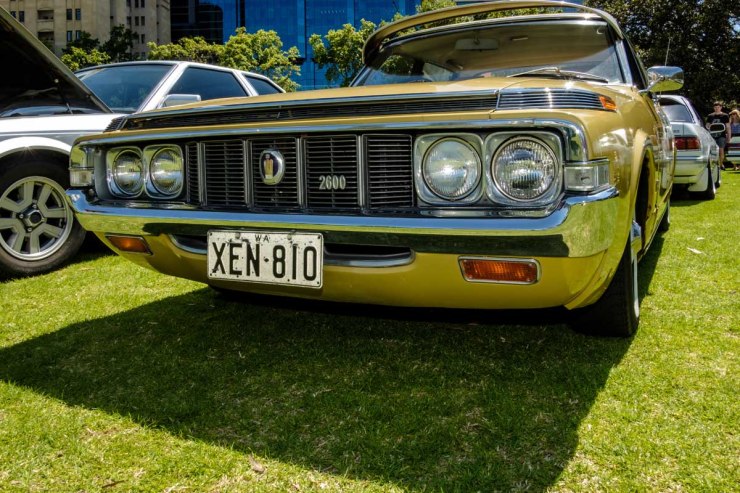 Of course this was only mid-stream for the Crown. They had been holding up traffic,  bottoming out, and leaning over for many decades before this. And they still do, because the supply has not dwindled. For that matter the supply of Kevins is even greater.

And that is the crux of the matter. This sort of car is bought by that sort of driver. They are not doing anything illegal either way – yet it is odd how the Toyota Crown driver has largely escaped the opprobrium that has attached to the Volvo owner. Perhaps it is the case that, even if the behaviour is the same, the Crown driver is not seen as the upper class pest that the Volvo driver is. Kevin is more approachable than Tristan…?