The old Toyotas, that is.

Perth was awash in motor car shows yesterday: The Italian car show at Gloucester Park, The All Ford Day at Bassendean Oval, and the Toyotas At The Quay at Elizabeth Quay. As I am entitled to free public transport and Elizabeth Quay is right on the train line, I opted for that one. The fact that the show itself was also free appealed to my frugal nature.

We often neglect the Asian motor cars in automotive events – in some cases with a disdain that amounts to mechanical racism. But at an event that celebrates all the Toyotas, that could hardly be the case. And for Western Australians it points up a fact that we sometimes forget: a lot of us have owned and driven Toyotas in the past and a lot of us drive them now. My wife has been most successful with them, passing from Corollas to an Avalon and now to a new Aurion. I spent a few years in a ’73 Corolla myself and have a fond memory of it. In fact, if I had replaced the head on it in ’85 instead of trading it in, I would probably be motoring in it now.

Not in comfort, mind. It was pre-A/C days, and a do love the A/C in my present Suzuki.

But the show today was proof positive that the Toyota has a solid place in Australian motoring history. That so few of them have been rodded or customised is made up for in some part by the fact that there are any number that are rally and race cars. I can’t get all that enthusiastic about that aspect of them, but I appreciate the fact that others do.

Here are a few of the brighter items at the Quay today: 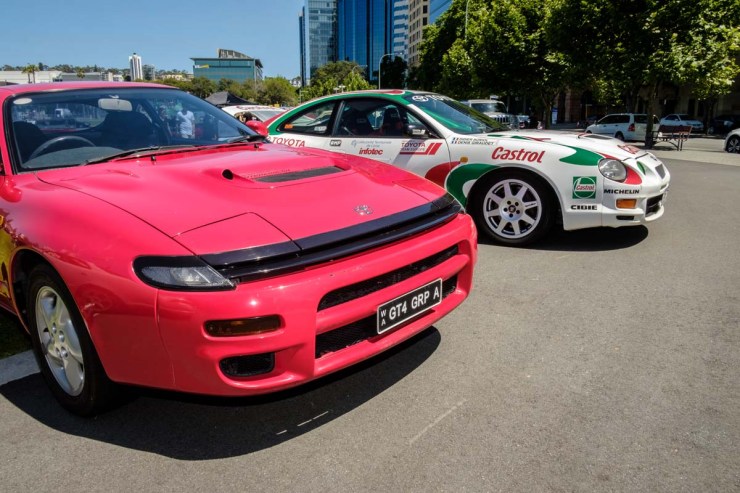 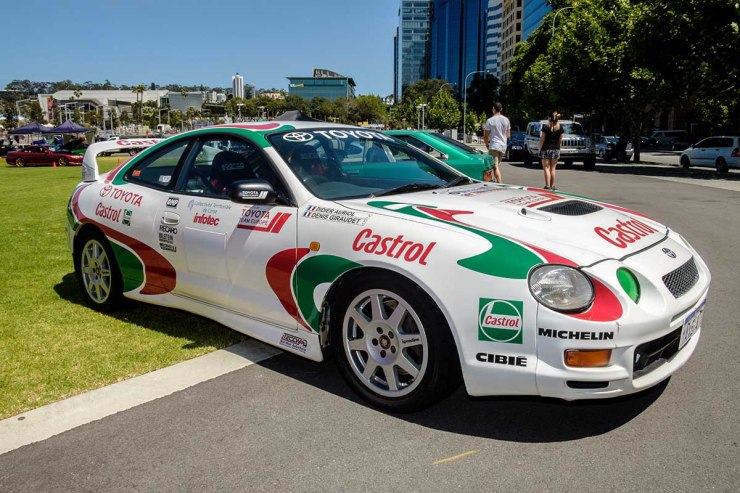 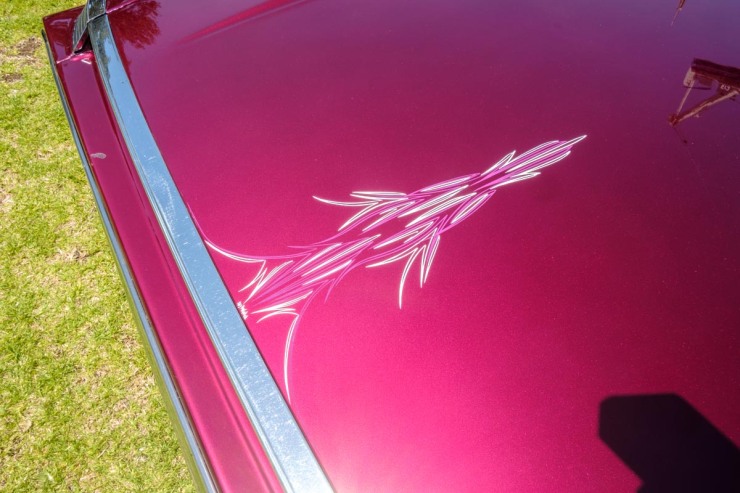