Well not exactly, though I will take a little time later in this column to tantalize you with a real canvas car…But right now I am thinking about cars as mobile canvases for artwork – the increasingly complex business of showing pictures on sheet metal.

Every hot rod car show I have attended in the last 4 years has had graphic cars – you’ll have seen some of them over that time here on the weblog column. Here are two examples from the 2107 WA Hot Rod Show just gone. They are representative of two motifs but there are many more that can be found.

a. The black Holden ute with Thor on the bonnet and sides. Thor would appear to be a character from either television or the cinema translated to a graphic on the black paint of the car. He is more than a cartoon here, as the screen version is more so – this is a live actor reproduced. Colourful, violent, and dramatic, he would appeal to many of the hot rod hobby and well as to a wide cross-section of the viewing audience. 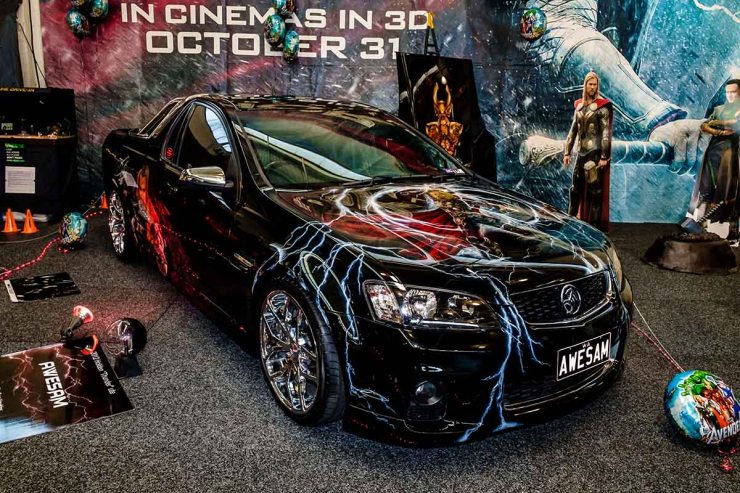 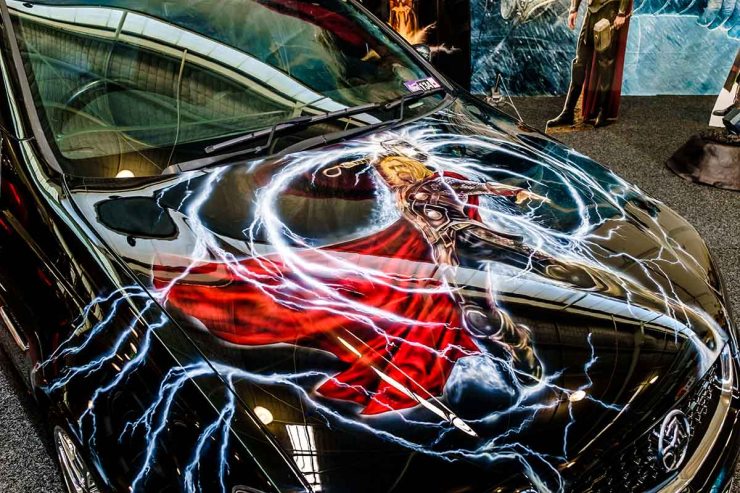 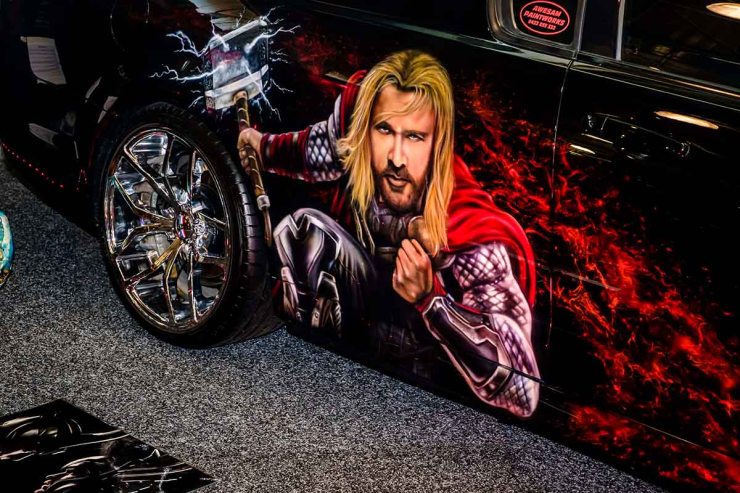 b. The yellow Holden tray top. A nationalistic theme here, and a rural one, fully in keeping with the nature of the tray, if not of the vehicle. I mean, who could be so mean as to take something as beautiful as this car and slam it over railway crossings and down gravel roads, let alone out in a paddock. As far as loading cargo on the tray and/or unloading it by tilting it…well, would you use the Mona Lisa as a tea tray? Sacrilege. 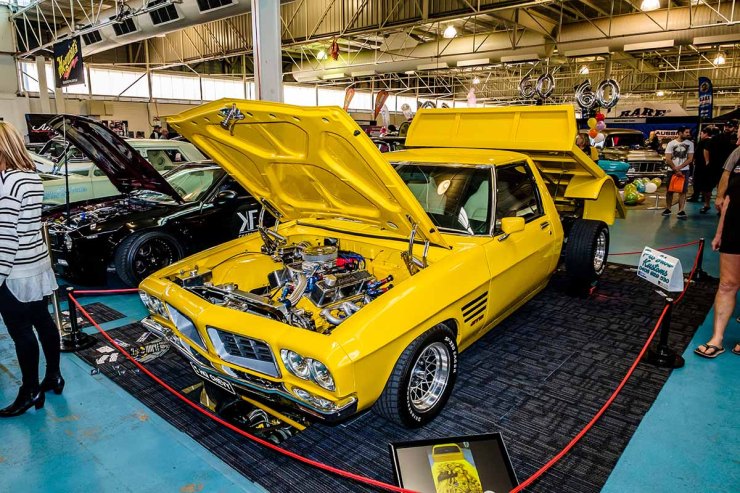 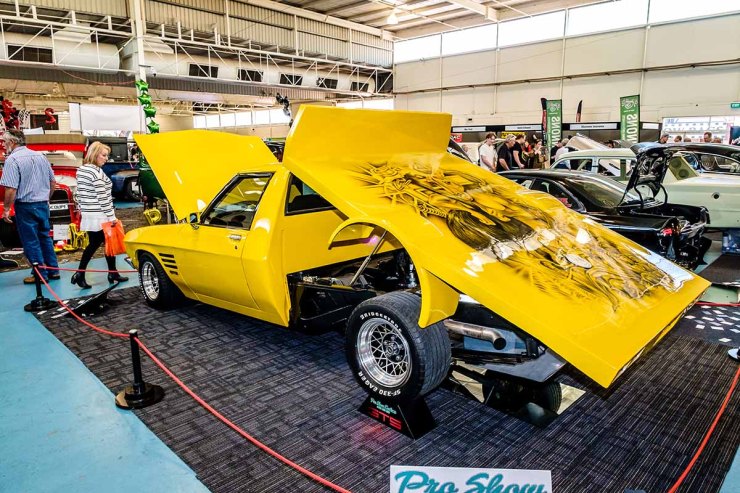 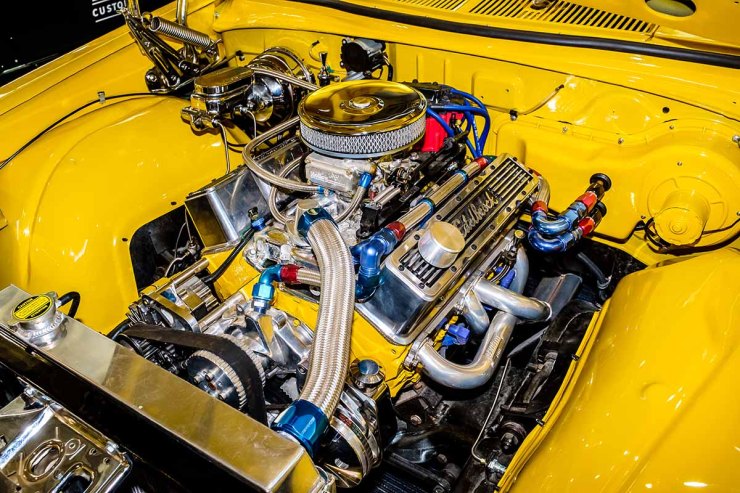 I will make another post about some of the other artworks seen on cars, but these two are particularly noticeable because the car takes second place to the canvas. As with any art, no debate is possible about the goodness or badness of theme or concept – art is in the eye of the beholder.

But here is the real canvas car I promised… 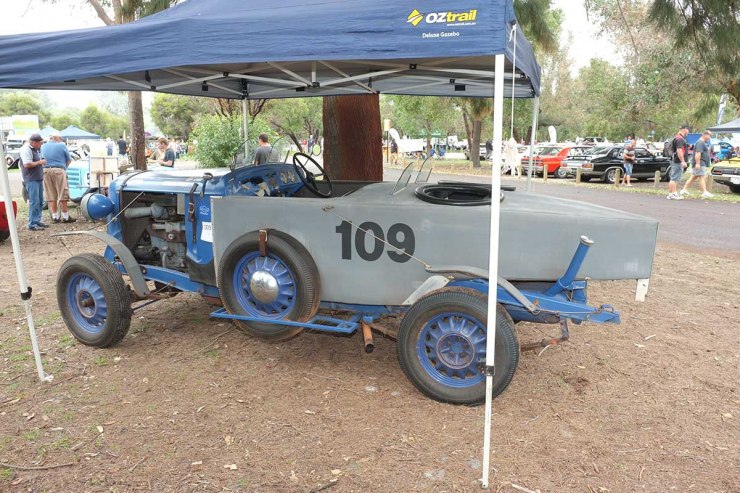