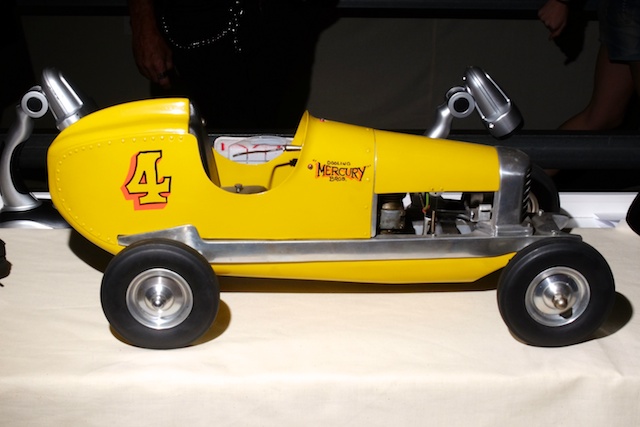 I visit the Super Model Car Sunday every year and marvel at the 1:24 and smaller plastic kits that people have built up – hot rods, custom cars, stock cars, trucks. The modellers have more patience and finer fingers than I seem to be able to muster these days.  I also get a chance to speculate about some of the larger and wilder displays.

The ones that impress me the most are the trucks outside and the petrol-driven race cars inside. Leaving the first aside until another time, have a look at some of the static display items inside. 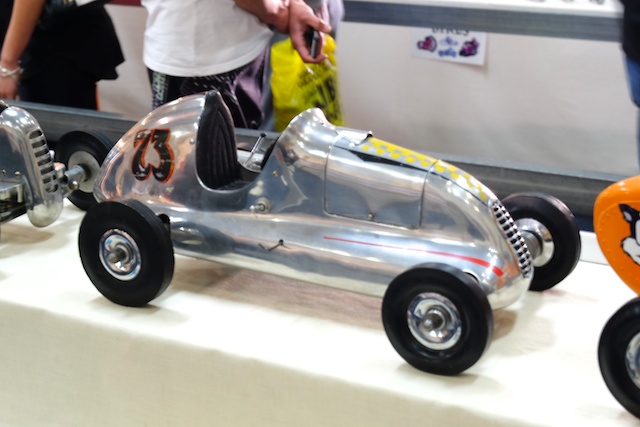 These seem to be tethered cars from an earlier era – I think they were raced individually on a steel wire attached to a metal post – probably on a portable circular track. the contests would have been timed affairs of one car against the clock. There is a good deal of metal casting in those bodies and quite large diesel and glow engines. I’ll bet they were a dangerous spectacle to see hurtling around the central pivot. 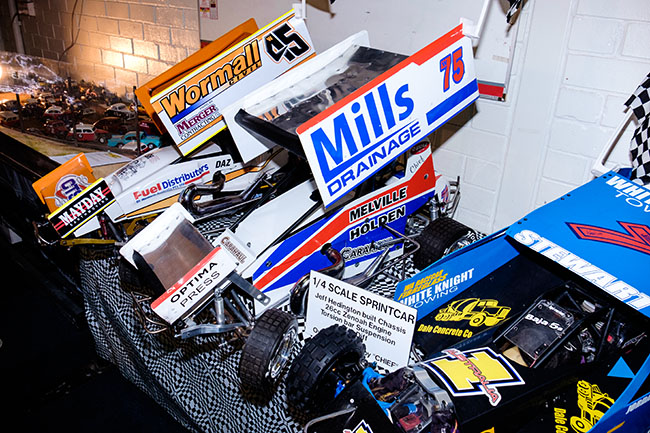 The 1/4 scale sprint cars are radio controlled, and probably just as dangerous, but in lots of different directions. Bigger engines, petrol powered, and much more sophisticated suspension systems and control mechanisms. And able to race on dirt in packs. They look to have sponsors, and this may be reflected in a higher build price. I did not ask the costs as I did not want to start sweating in a warm room. 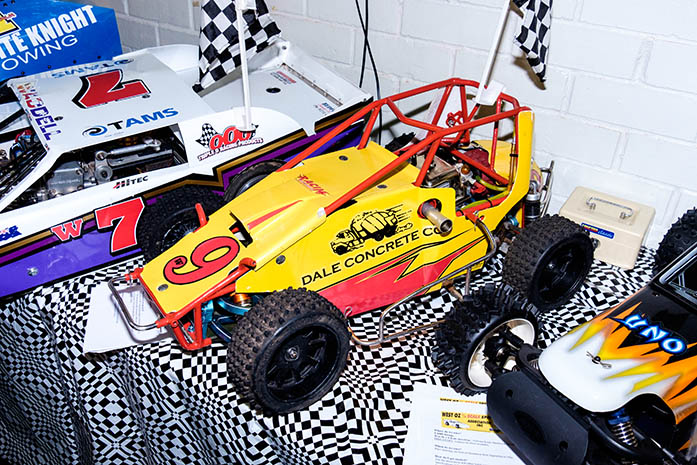 I did not see any, but I would be willing to bet that there are Formula 1 grand prix scale models that race under radio control, as well as the drift cars and stock cars. I know I’ve seen kits and components for them in the hobby shops. What I have never seen, however, are open-wheel vintage car racers – models of the Auto Union, Mercedes, Alfa, or Talbot cars of the 20’s and 30’s. Indeed I have never seen scale Indianapolis racing for cars of the classic Offenhauser era…yet I’ll bet that they would be equally popular if offered. 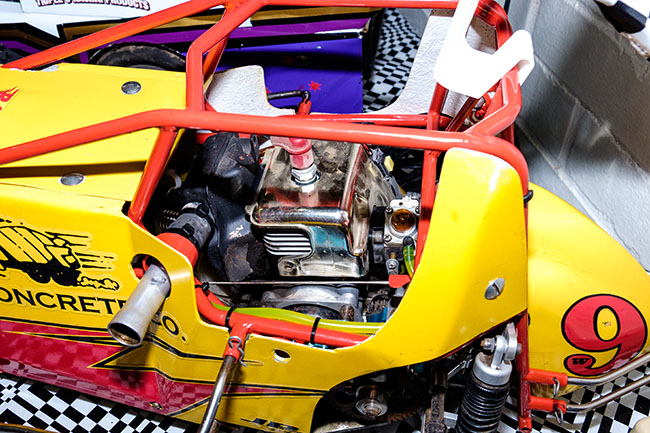 A scale Brooklands or Indianapolis circuit could not be all that hard to construct and would beg for annual races. I’d go to that.