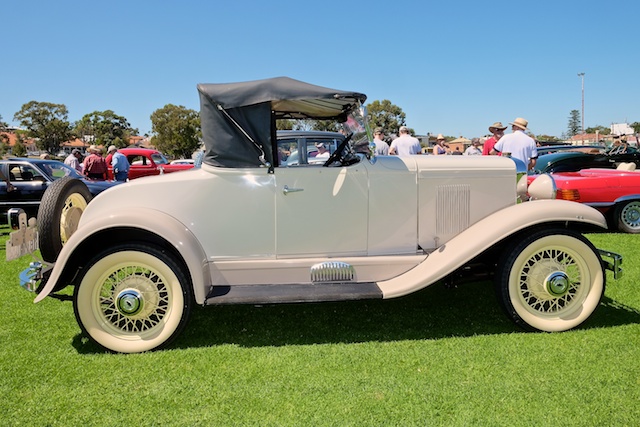 That may seem like a strange title for a column, but it would seem that some portions of the motoring world need reminding that not everything that rolled had Henry’s fingerprints on it. Nowadays there are a massive number of hot rods made from a mixture of old genuine parts and modern reproduction stampings or mouldings…and for the most part they replicate Ford bodies. No end of ’28 Model A’s, ’32 Model B’s, and 34-36-37 bodies are out there in various forms…but it is rare to see rods of other origin. 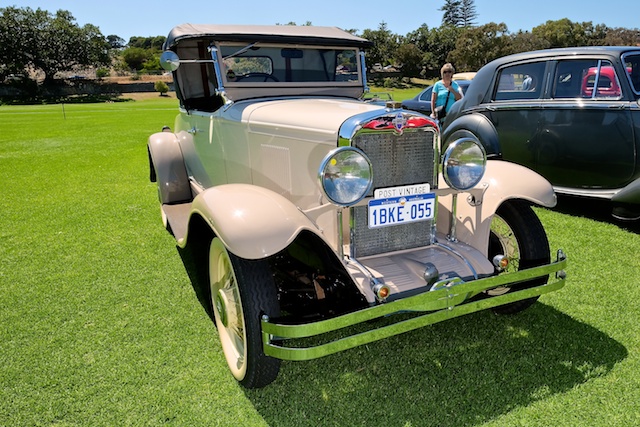 Ditto to some extent with the veteran and vintage, but I am happy to say that there are a few more GM and Chrysler group vehicles evident here in WA. And they are generally real metal returned to good condition. This car is one of them. 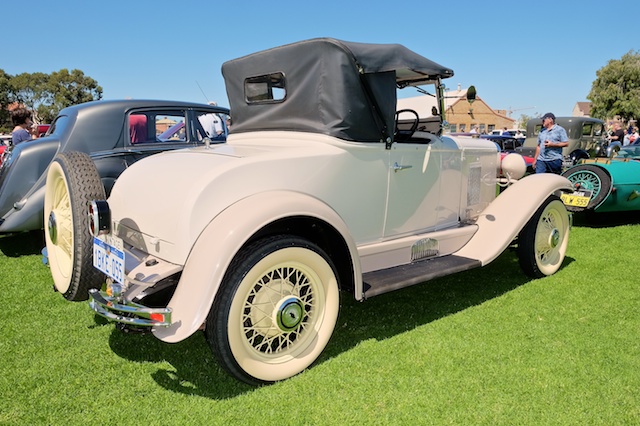 The squareness of the parts are the giveaway from a distance. The tops on 20’s and 30’s stand out more than their Ford counterparts. Of course this can be modified when something is rodded, but the stock tops are voluminous angular affairs. 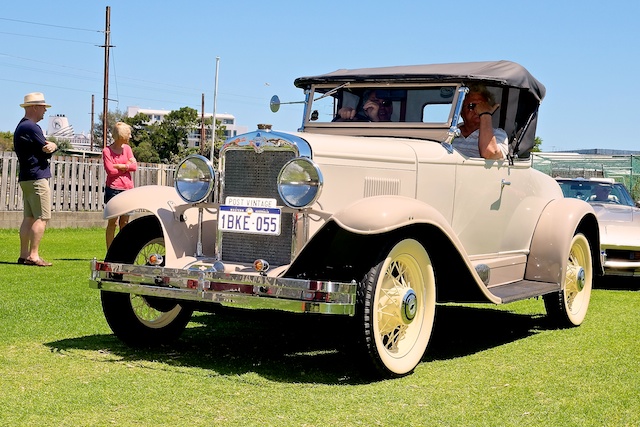 You can also pick some Chevys up at a distance from the squareness of the grillwork and opening louvres on the sides of the bonnet. This isn’t one of that pattern. 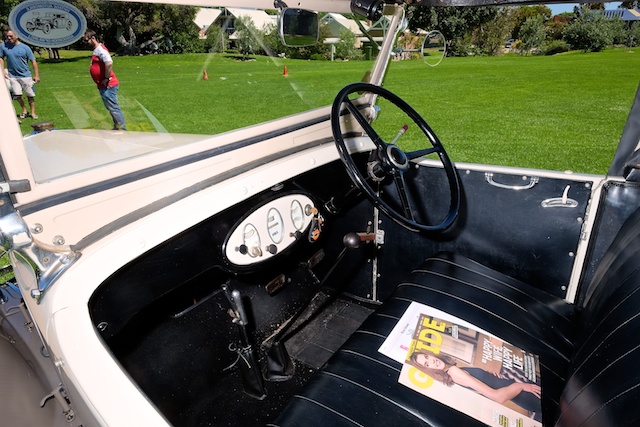 Nor does it give itself away with disc wheels – some Chevys do. This has its own wires. 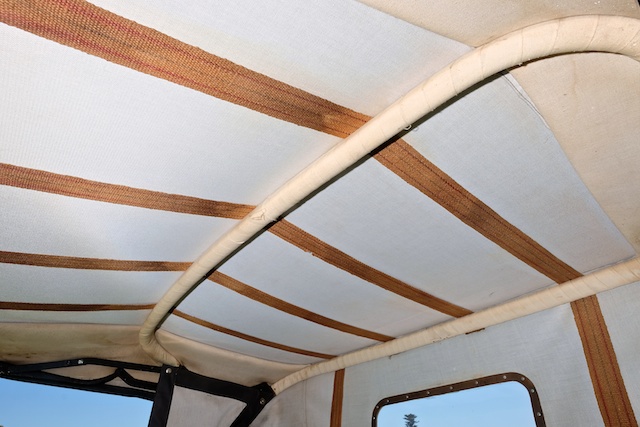 Please note the opportunity that an open car like this gives us to show the detail of the top – after all it was a complex mechanism that raised it and lowered it and the cloth had to be supported somehow as this was being done. 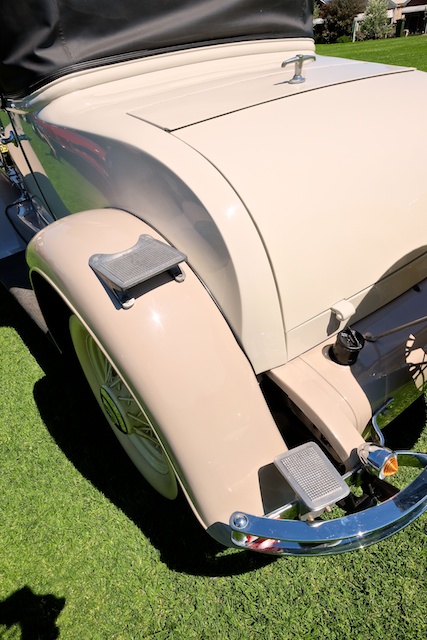 As well, the cast step to the rumble. Now rumble seats are either a source of mystery, exasperation, or comedy. Mystery as to why someone would use up perfectly good boot space on a two-seater that might be used for luggage  – to turn it into a four seater. Exasperation as the people in the seat generally regret it whether the top is up or down and in the latter case you cannot communicate with them. Comedy – well that has been fed by this sort of thing since Mack Sennet movies came out. But I suppose if you are going to put one in, it is as well to make it easier for the poor saps to climb into it, and the steps do. And I guess with real running boards like that you could strap the suitcases ( Leather or fibre…) to the boards for the journey.

Final design note. The bumpers. Oh, the bumpers. I know a lot of rodders eschew the bumpers the clean the front and back of a roadster, but given the fact that they are style itself and a springy protection against the follies of other drivers…I would leave ’em on.