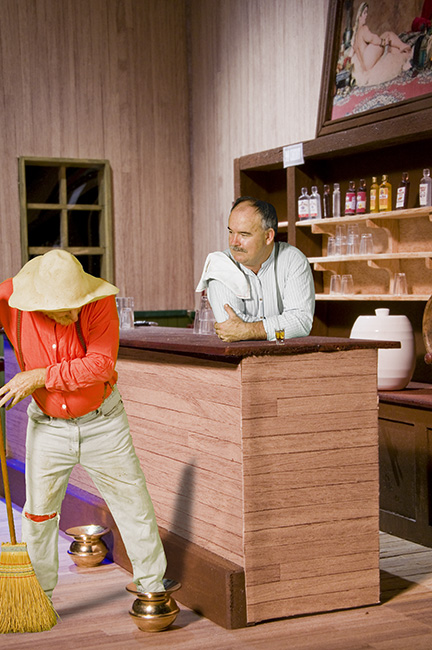 Those of us who live in close proximity to New Zealand know how sensitive some people can be about sheep jokes. It must be similarly difficult for South Koreans when they are talking with North Koreans and someone inadvertently mentions food. Suddenly it all goes silent and awkward.

If we know with whom we are conversing we can take precautions – no banana jokes for the Queenslanders – no cannibal jokes for…well, for Queenslanders. Also no pineapple jokes. Look, if they are from Queensland it is often just better to exchange religious pamphlets and let it go at that. Otherwise the strain can be too much to bear.

Finding our way through the maze of polite behaviour is very difficult these days – always provided we are willing to try. It used to be possible to exercise good manners by avoiding discussion of sex, politics, or religion. Nowadays the only people who can get away with this are the Dalai Lama and the manufacturers of Lego – everyone else seems to be talking dirty, asking for graft, or starting a jihad. We are bound to offend almost with our first sentence.

Of course this business of causing offence can become an end in itself. I have received two pamphlets in my studio letterbox recently that suggest it could almost be a growth industry, team sport, or franchised product line…and it might behoove me to get in on the ground floor. I have been severely instructed to observe Sunday – and I have observed that it flies by all to quickly each succeeding week – and I have been urged to join an organisation that protests at the Islamization of Australia. Apparently I am set about with mullahs, even though I haven’t seen one in the neighbourhood. Privately, I should have thought that the local members of what dear old Tom Paine referred to as “the Turkish church” were pretty harmless, if you disregard the music. The Islamization of Saudi Arabia would seem to be a bit more worrying, particularly if they run out of oil, sand, or failing carpet shops.

I have decided that inadvertent insult is a careless waste of intellect – far better to select a deliberate target and conduct a precise strike. This will deliver the most distress for the least investment. To this end it is foolish to treat with contumely an entire nation, race, or religion – the perceived hurt would be spread too widely to be felt. And the methods that might produce this in one instance may mean nothing at all to another – vile curses delivered in Swedish toward someone from Bogota might be seen as nothing more than a bad case of sinusitis, and provoke sympathy rather than rage.

To this end I will be preparing a short list of 6 individuals or groups who I wish to incense. Unfortunately I don’t think I would have time to harm more – at least not upon a proper basis. Spreading the hate more widely would eventually dilute it in the victim’s mind into nothing more than a vague sense of discomfort. One could do as much ringing them up at tea time.

Please consult this blog in the coming weeks to see who has been selected for attack. If it turns out to be you personally, or a group to which you feel a strong affinity, please make sure that your stinging rebuff is accompanied by a processing fee of $ 15. This may be paid in through direct debit or cash enclosed if the reply is by post. A receipt will be emailed.